February 04, 2013
It is a great time to be an Italian wine lover in Houston. The Consorzio del Vino Brunello di Montalcino previewed some of the wines of the four-star rated 2008 vintage at the Wynden last week. The event called Benveneto Brunello USA is two exclusive tastings held every year in America, this year in Houston and New York. Wine professionals from all over Texas came to to the tasting to be the first in America to taste these wines. I felt fortunate to also be treated to a seminar and Brunello tasting with Kevin Zraly, author of Windows on the World Complete Wine Course. I plan on writing more about that later.
I thoroughly enjoyed every wine that I tasted. The 2008 Brunellos were intense and complex yet elegant. Most were very approachable and ready to drink now though they can certainly be held. I really enjoyed all the Rosso di Montalcinos that I tasted as well, these were from both the 2010 and the 2011 vintage. There were also many Moscadello di Montalcino and a few Sant'Antimo wines to try.
As I am looking through all my information and notes from this tasting one week later, from a room full of great wines, these are the ones that stood out the most to me.
The event was fantastic and the wines were exceptional. Both the Brunellos and the Rossos are wines that work so well with the heavy beef meals that we tend to consume so frequently here in Texas, they are certainly wines to look for not only when you are out wine shopping but also to look for on the wine lists of the many restaurants in town that serve them. Salute! 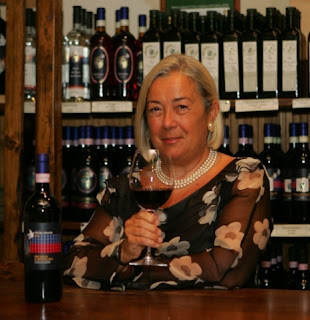