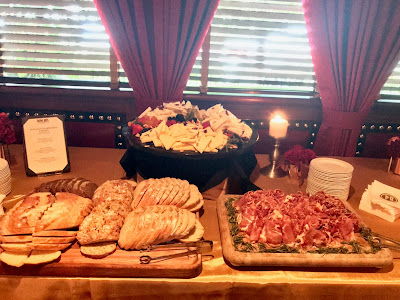 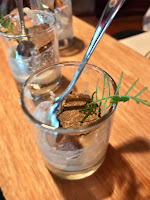 As I get to go to a lot of professional wine tastings, I tend to not really enjoy many consumer wine events, they are often loud and rowdy. An exception to the rule is the events held by Pappas Bros. Steakhouse. They always draw a good wine loving crowd and they are always top quality in regards to the selected wines they serve, and even more importantly, the sommeliers that pour at the events are incredibly knowledgeable. The wine dinners are some of the best that are offered in Houston and are always worth the splurge.

My daughter and I attended the Rediscover: Grenache wine tasting at the original location on Westheimer last week. The event showcased a wide variety of Grenache-based wines from around the world with the added bonus of delicious hors d'oeuvres throughout the tasting. Some of our favorite passed snacks on this evening were the morel and parmesan foam risotto with black truffles and the dry-aged Colorado lamb with lentils and braised Napa Cabbage on pomme gaufrette. 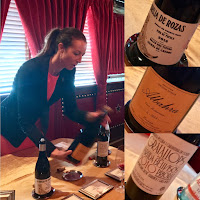 Table 1 was manned by Lindsay Thomas, she was pouring wines from Spain.
Comando G "La Bruja de Pozas" 2016 - Lively and aromatic with a fresh strawberry character, Thomas shared that this wine hails from bio-dynamically farmed high elevation vineyards outside of Madrid in Castilla y Leon. The 50-80 year old vines sit on sandy granitic soil which adds to the elegant nature of the wine.
Envínate "Albahra Almansa 2016 - With notes of mixed berries, cloves and freshly turned earth, this wine is one of a collection of wines from four friends that studied enology together. The wine is a blend of 70% Garnacha Tintorera and 30% Moravia Agria, a rare Spanish grape used for blending that adds acidity. The 30-50 year old vines are grown organically on a mix of limestone, clay and sand in high elevation vineyards, resulting in a spicy, mineral laced wine.
Sara and René Viticultors "Partida Bellvisos" Priorat 2010 - Showing black raspberry, balsamic, and slate, this wine is produced by a husband and wife team who work the land organically. The wine is a blend of Carignan and Garnacha made in what Thomas
describes as a more classic style for the area, it was richer and more powerful than the previous wines. The grapes were sourced from a steeply sloped vineyard that had been abandoned for forty years due to the difficulty in working the land. While other winemakers saw the area as too arduous to consider, this couple viewed it as an opportunity to gain a pristine growing area which has no neighbors and where chemicals have never been used. 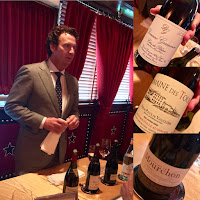 Table 2 had Robert Smith pouring wines frôm France's Rhone Valley.
Domaine des Tours Vins de Pays de Vaucluse 2011 - With black cherry, tobacco, and black pepper notes, Smith said, "This wine is aromatic and flavorful, it reminds me a lot of Burgundy in style, it's just an incredible wine." He shared that it was a blend of mostly Grenache with Syrah, Counoise, and a bit of Merlot. Fresh, silky, and peppery, it was a delight to taste.
Domaine Gramenon "La Sagesse" Côtes du Rhône 2014 - Showing mixed berries, dried flowers, and a touch of barnyard, Smith shared that this 100% Grenache wine has a sad story behind it. Owner Michèle Aubèry-Laurent started to produce wine with her winemaker husband in 1990, a tragic accident less than a decade later, left her not only in charge of their three children but also heading up a winery and vineyards. She quickly proved that she was more than up to the task. Currently, she works with their now grown son using organic and biodynamic methods in their old vine
vineyard with low intervention methods in the cellar. Smooth, concentrated, ripe and spicy, only happiness is found in the glass.
Domaine de Mourchon "Family Reserve" Côtes du Rhône Villages-Séguret 2012 - Full of ripe cherry character with some vanilla and spice, this 100% Grenache wine comes from the most important estate in the village. The vines are grown on sandstone soils on a steep, terraced vineyard. Full bodied, supple and complex, the wine lingers with a stony minerality. 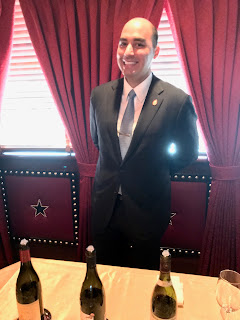 Table 3 featured Houston's newest Master Sommelier, Steven McDonald, pouring wines from the prestigious Grenache region of Châteauneuf-du-Pape.
Domaine de Marcoux Châteauneuf-du-Pape 2016 - A buoyant wine with roasted plums and Asian spices, McDonald shared that he believed 2016 to be "an amazing vintage for the region." He shared that the winery is run by two sisters, their family being some of the first to introduce biodynamic farming practices to the area. McDonald described the wine as "a very pretty wine, very Burgundian in style." Full bodied, fresh, and rich with a light floral note, it was quite beautiful, indeed.
Domaine du Caillou "Les Quartz" Châteauneuf-du-Pape 2015 - Aromatic with ripe black fruit and notes of incense, this domaine is also run by two sisters. It is a blend of 85% Grenache and 15% Syrah that is grown on sandy soils with quartzite. McDonald explained that the winery is located at the site of an old hunting lodge that was built in the 1930's by a gentleman with far more interest in hunting than in wine. As the designated boundaries for the wine region were being drawn, he chased off the officials with a shotgun. Today, if you look at a map of the Châteauneuf-du-Pape region, there is a missing chunk and that is where the property sits. While the vineyard for this wine is located in the legally designated area, McDonald shared that the domaine also makes wines under the Côte du Rhone label that are also of amazing quality. Velvety and rich but also with an elegant freshness, it was a wine to linger over.
Henri Bonneau "Réserve des Célestins" Châteauneuf-du-Pape 2011 - With smoked black fruit, licorice, and hints of barnyard, McDonald shared this wine's first vintage had been in 1956 by a man who many consider to be one of the master blenders of Châteauneuf-du-Pape, Henri Bonneau. Bonneau died just two years ago, he was deemed a legend in the area. McDonald explained that 2011 was considered "a very tricky vintage for the region" but that Bonneau was considered a genius at making the most of the more difficult years. With ripe berry aromas and flavors, the wine had great depth through the smoky, mineral finish, a splurge purchase on a great year now seems like a very good idea. 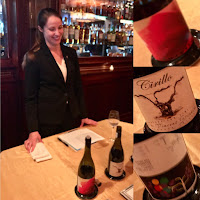 Table 4 was overseen by Morgan Gray who was pouring Australian Grenache.
Sucette Barossa Valley 2015 - With bright strawberry, orange spice, and white pepper nuances, Gray enthusiasticly shared, "I love this one." She described it as concentrated, spicy, yet very easy drinking. The wine is sourced from 80-100 year old vines grown in sandy soil and spends about 10 months aging in neutral oak. Floral, feminine, and elegant, the wine was easy to consume, indeed.
Cirillo "The Vincent - Survivor Vine" Barossa Valley 2015 - With red currant, hibiscus, and sweet cinnamon notes, Gray explained that this wine came from a self-sustained biodynamic estate which has a very small production, she stated, "In my opinion, they are making very premium wines." We agreed with her assessment of this fresh and energetic wine.
Twelftree Wines "Schuller-Blewitt Springs" McLaren Vale 2013 - Roasted meat, rhubarb, and menthol were present in this offering from Michael Twelftree, one of the partners of Two Hands. Smooth and juicy with a bigger structure, it sent us in search of one of the meatier hors d'oeuvres. 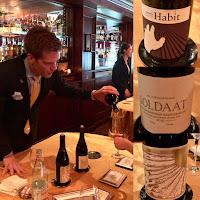 Table 5 was the final stop on the Grenache tour where Chris Havens poured two from California and one from South Africa.
Habit "Demetria Vineyard" Santa Ynez Valley 2017 - Fruit forward with raspberry, cherry, and spice, Havens shared that this was a small production wine that was fermented in vats with 20% whole clusters used. He said he enjoyed the "bright red, crunchy fruit character and the beautiful aromatics." The nose was bursting with red fruit notes from cranberry to pomegranate to raspberry and cherry though the flavor profile was a bit lighter than expected.
Eben Sadie "Soldaat" Swartland 2015 - An interesting profile of brambly red fruit, wilted rose petal and a granitic minerality was delivered in a lighter, elegant style. Havens described the winemaker and vineyards as "a very well respected producer whose vines are grown on granitic soils which is everything Grenache loves." A bit of a smoky meat nuance lingered through the finish.
Saxum Vineyards "James Berry Vineyard" Willow Creek District 2015 - Showing notes of black currant, mulberry, baking spice, and pepper, this complex wine hails from a small district in Paso Robles that sits at a higher elevation with a cooler climate on the western side of the region. Havens credits the blend of Grenache, Syrah, Mouvedre, and Counoise which are all vinified separately with the Grenache in concrete while the others are in small French oak barrels for the intricateness of the wine.

It was, as expected, a top notch evening of food and wine with excellent service.