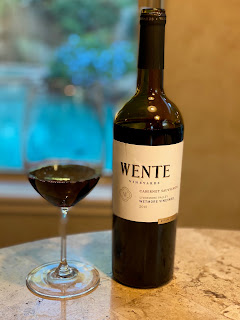 This was one of the featured wines on last week's episode of the Somm Con Geographical Digest series. Aly Wente was on and spoke about the family’s five generations of winemaking in Livermore Valley, the region's coastal influences, and the Charles Wetmore Vineyard from where this wine was sourced.

The Wente Wetmore Vineyards Cabernet Sauvignon 2018 is a blend of 77% Cabernet Sauvignon, 13% Petite Sirah, 8% Petit Verdot, and 2% Malbec. It is grown in the Charles Wetmore Vineyard which is named after one of Livermore’s most prominent early wine pioneers who is believed to have brought vine cuttings from many of Bordeaux’s top Châteaux to the Livermore Valley. It is located between the two major arroyo’s, or steep gullies, in the Valley Arroyo del Valle and Arroyo Mocho and ranges in elevation from 460 to 735 feet. This vineyard site was primarily planted to Cabernet Sauvignon because of its climate and gravel soils which allow for a later harvest and help the vines to fully ripen while encouraging intense dark fruit flavors to develop.

Aly Wente described it as a yummy wine with a strong sense of place. 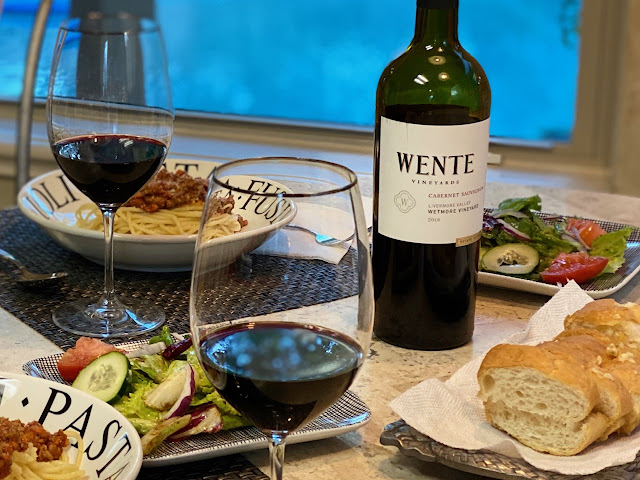 Pasta Bolognese was one of the recommended pairings for this wine so I cooked that to serve with the wine for dinner and I do agree that the pairing was delicious.

I, along with other writers and sommeliers, was invited to attend this online learning experience to learn more about this new series.