"The Undiscovered Wines of Mexico" - A Wine Dinner at Hugo's

Houston showed off its multi-faceted shine on Wednesday night at Hugo’s where Beverage Director Sean Beck led guests through a crash course on the wines of Mexico focusing on some of the country’s lesser known regions.These undiscovered wines of Mexico were beautifully paired with the authentic Mexican cuisine for which the restaurant is famous. 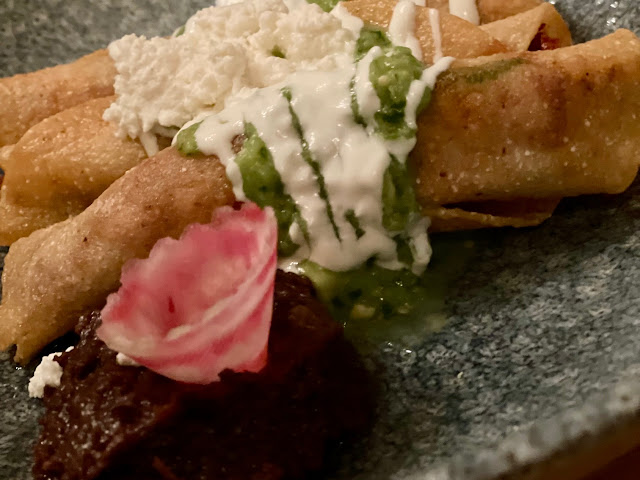 Guests to this exclusive wine dinner were offered a choice of sangria or a margarita upon arrival and ceviche verde and taquitos de pollo on which to snack. The group was friendly and the majority in attendance were all fans and frequent diners at the H-town Restaurant Group establishments. Most were also frequent attendees of the virtual wine and whiskey dinners and tastings that Backstreet Cafe has hosted throughout the pandemic.

Once the group was fully seated, Beck took center stage as he poured each course and offered insights on the Mexican wine industry, thoughts on each wine, notes on the different Mexican regions from which each course hailed, and tips on Mexican wine and food travel. 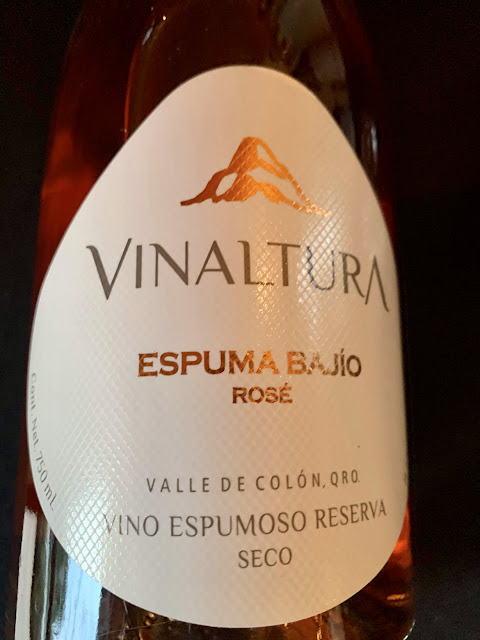 The wines were all very pleasant and easy to drink though most are not yet available in Houston. I, personally, was only familiar with the Parras Valley and the Valle de Guadalupe wine growing regions so having Beck host and share his vast knowledge of both the culinary and beverage traditions along with his on the ground experience from his extensive travels throughout the country allowed eager guests the opportunity to devour a wealth of information that was fluidly served throughout the meal. 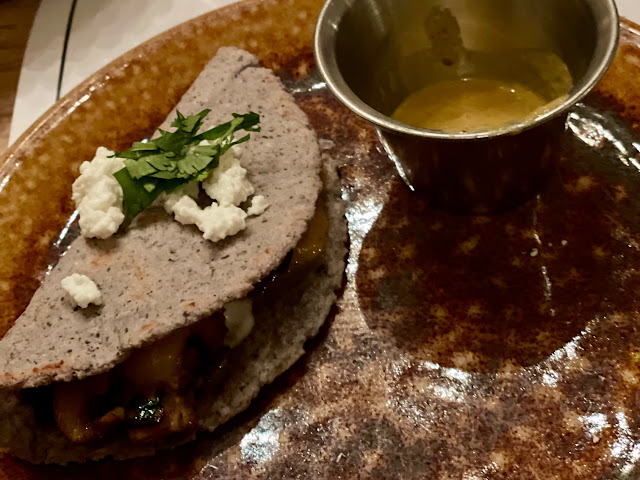 The first three wines are from the same winery in the Queretaro wine region which is about a four hour drive north of Mexico City. This area is known for their sparkling vino like the fresh and fruity sparkling rosé which was made from the unusual combination of Syrah and Chardonnay that started our dinner. 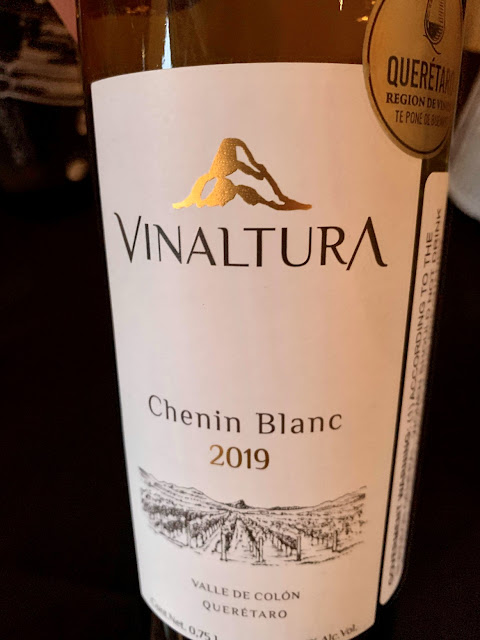 The next two courses would feature a wine from the high elevation and very arid San Luis Potosi region with the second course's dry and aromatic Gewurtraminer coming from the region's most prestigious winery. The 3rd course Pazo de Luna just began producing their first wines in 2013 but are already winning fans and awards with their small production wines. 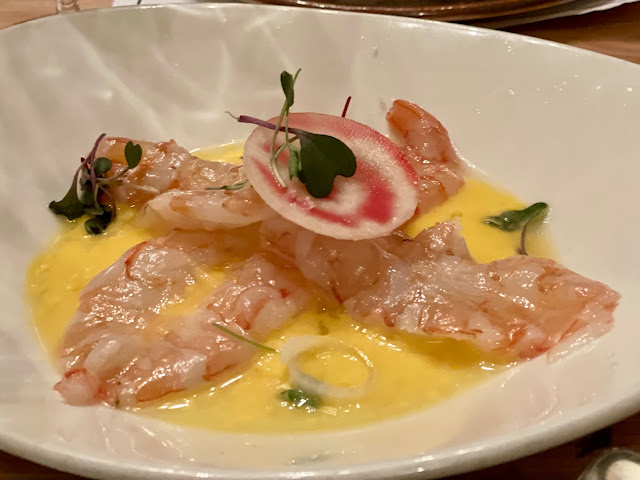 The proximity to San Diego, California has made the Valle de Guadalupe the most well known to wine traveling Americans. It is located about an hours drive south of Tijuana. I will be writing more about this region in an upcoming post. We would only have one wine from this region which was poured in the third course, an expressive and very drinkable blend of Carignan, Grenache, Petite Sirah, and Zinfandel.

The fourth course offered two reds from the Guanajuato wine route located in the central highlands of the country. The region has been revitalized over the past two decades and benefits from the art and architectural tourism the region enjoys. The other wine is from the Parras Valley which is located in the Sierra Madre Oriental Mountains in the central northern Mexico state of Coahuila.

These small beverage focused dinners that Beck semi-regularly hosts at the different H-Town venues give guests incredible bang for the buck. This dinner was priced at $95 per person and was limited to 12 lucky guests; it sold out immediately upon being announced. Follow both Sean Beck and the restaurants on social media to get in on special events like this one and also on their other larger tastings and dinners hosted both in person and online. In addition to Beck’s vast drinks knowledge, the accompanying menus are created by one of Houston’s most award-winning chefs, Hugo Ortega.

Prior to this dinner, I had purchased a 6-pack of Mexican wine from Beck. I am hoping to do some Mexican wine travel soon when the world is a bit more open. I will share my thoughts on my favorites from that pack in upcoming posts. Wine can be purchased from the restaurants to go with a minimal food purchase.

Read about my Mexican rose wine purchase from Sean Beck previously enjoyed during the April lockdown of 2020 here. You can usually find it on the restaurant wine lists and it is a favorite for patio dining. Follow Sean Beck on social media to stay up to date on all of his beverage events or follow the different restaurants for all the events.