A Tour and a Tasting at Mauro Veglio 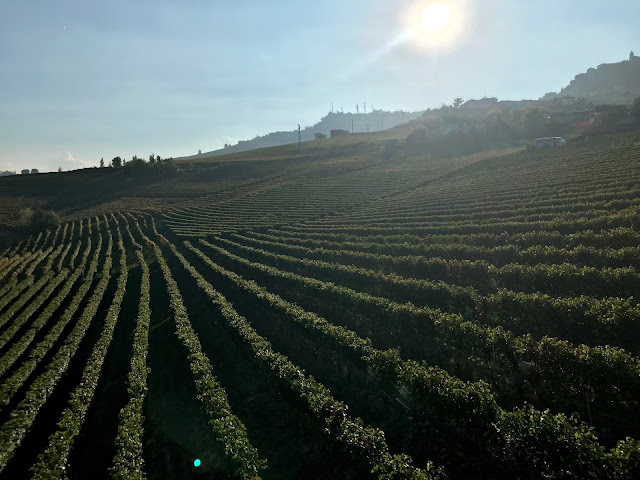 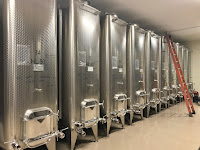 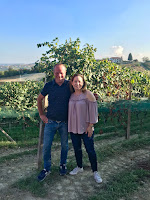 Late in the afternoon, Daniela Veglio, Mauro's wife, met me outside of the winery to show me the surrounding vineyards and tell me their story. It all began with Mauro's grandfather, Angelo Veglio. Angelo was a sharecropper and part-time butcher who had a dream of owning his own vineyards and making wine under his own name from the local grapes that he loved. In the 1960's, he was able to purchase his first property located in Gattera and the realization of his vision began. By 1979, he was able to buy a rundown property called Cascina Nuova with a farmhouse which now, after many additions, houses the current tasting room, cellar and winery. 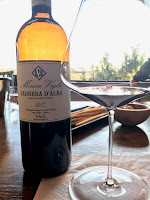 Angelo had three sons but only Mauro shared his dream. Mauro Veglio took over in 1986 when he was 25 years old. He began the restoration of the Cascina Nuova property and started experimenting with different winemaking and vineyard techniques. Mauro Veglio started his own brand in 1992. These were the years that the Barolo Boys began making waves through the region. Daniela shared, "Most of the people here were just farmers, peasant workers, stuck in the hands of the buyers that set the price for the grapes. What could anyone do? You can't hold onto your grapes forever, they have to be sold. Our parents and grandparents had struggled to survive, the Barolo Boys came from the lowest level of society. After traveling and seeing more of the wine world, we learned it was important to work together and share our experience for all to be successful."

They began to improve the quality of their wine faster this way. The winemaking in the region began to change. For the first time, reduction of yields in the vineyards became important as did cleanliness in the winery. "It has been good for everyone, it has become difficult to find a bad wine in the region." 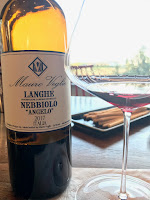 I briefly met Mauro outside of the winery where he was relaxing. They had just completed bringing in all the grapes and the end of a good harvest showed on his face. He kindly went back to the vineyard with me for a quick photo-op before returning to the winery to oversee the clean up.
Daniela and I went into the tasting room and she introduced me to their nephew, Alessandro. Alessandro is the son of one of Mauro's brothers, he began making wine in 2005 under his own name but decided to join Mauro and Daniela in 2017 bringing five additional vineyard hectares to their venture.

As they set up the wine for the tasting, Daniela spoke of traveling to sell their wines in the 1990's. "The first time new people tried Barolo, they were shocked at its structure. They see the list and see the names and prices. They want to taste the most expensive and famous wine from the area but then they were surprised at what it is." 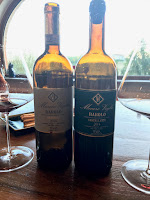 Alessandro expounded, "It is quite strange when I hear about the early years of my aunt and uncle. When they spoke with people as they began to travel, the Barolo name was somewhat known but not many had tasted it yet. Many people found it to be very aggressive at first taste. It is what we have always had, for us, it is not so tannic." 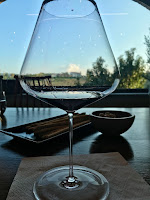 Currently, Mauro Veglio  produces 120,000 bottles a year from their 19 hectares of vineyards located in La Morra, Monforte d'Alba, and Barolo. They use no chemical pesticides, herbicides, or fertilizers relying on pheromones to confuse harmful insects and limit their reproduction and cover crops composed of beneficial plants and manure. Mauro and Daniela's respect for Alessandro's work is what led to their initially sharing cellar space with him and their hope now is to see him continue their work throughout the coming years.

All of the wines are highly recommended. 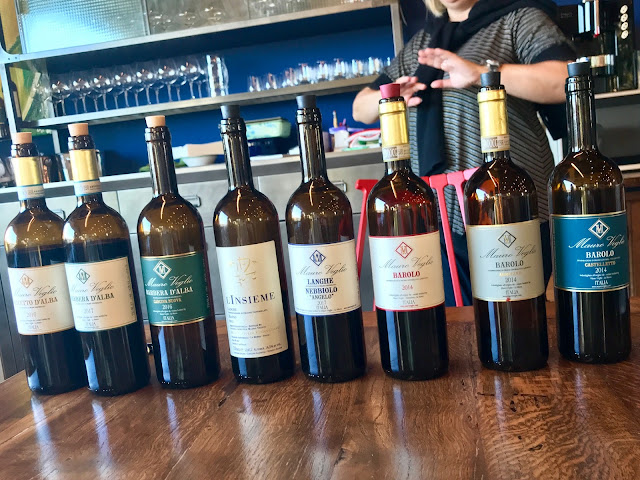