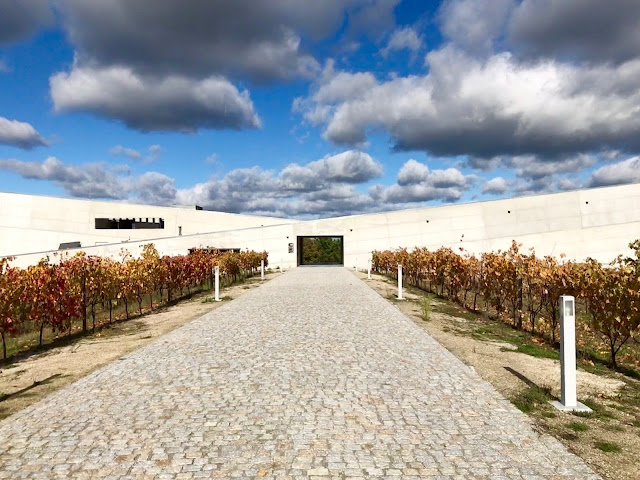 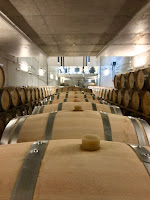 Our second stop on the Dão media tour was at Caminhos Cruzados. This modern mecca of wine rises out of the vineyards that surround it. The building was just completed last year though the company was started in 2012.

In English, the winery's name means crossroads and the name inspired the building designed by Porto architect, Nuno Pinto Cardoso. The unique modern design has already attracted architecture lovers from the U.S, U.K, Germany and the Netherlands while the wine quality is the draw that will bring them back. Even though it is the first year for the new winery to be open, they have received a lot of wine tourists, the majority have been from Brazil which is a major market for the wine.

The company was started by Paulo Santos who was born in Nelas. His love of wine began with the 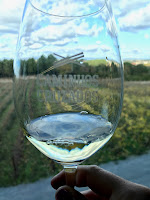 small quantities of wine that his family has produced for over 30 years from their own vineyards. He believes in the quality of wine that the area can produce and decided to convert an old agricultural company into a contemporary wine production facility.

Surrounding the modern structure are 17 hectares of land under vine. They also own an additional 23 hectares nearby. They were able to double their production this year upping it to 500,000 bottles. Their main brand is Titular but they also offer some smaller production wines under the Caminhos Cruzados label.

Caminhos Cruzados is on the Dão Wine Route which guarantees that it is a tourist friendly winery. Reservations for tastings are recommended.

The Tasting:
Titular Branco 2016 - A blend of Encruzado and Malvasia Fina, very floral with citrus and a mineral 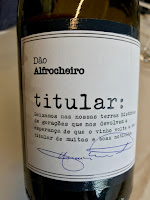 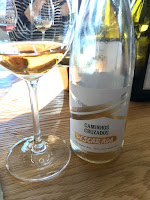 Titular Touriga Nacional 2013 - This wine tasted of higher alcohol though the label said not. Light blackberry and plum aromas and flavors with hints of violet.
Titular Alfrocheiro 2015 - This wine was partially fermented in stainless steel and partially in French oak where it spent 18 months. It was very aromatic and well structured with velvety tannins, red berry aromas and flavors and a lingering spicy finish. My favorite in this tasting.
Titular Dão A Edicão S/ Nome 2015 - This wine is a blend of Touriga Nacional, Tinta Roriz, and Alfrocheiro sourced from a small vineyard near the owner's home. It had a big tannic structure with dark fruit aromas and flavors, a hint of vanilla, and a smoky note in the persistent finish. It spent 18 months in oak barrels.
Our group was treated to a lunch of traditional Portuguese food where we enjoyed more of the wine. We also tried the Caminhos Cruzados Descarada 2017 - a simple, sweet white wine consumed with dessert. 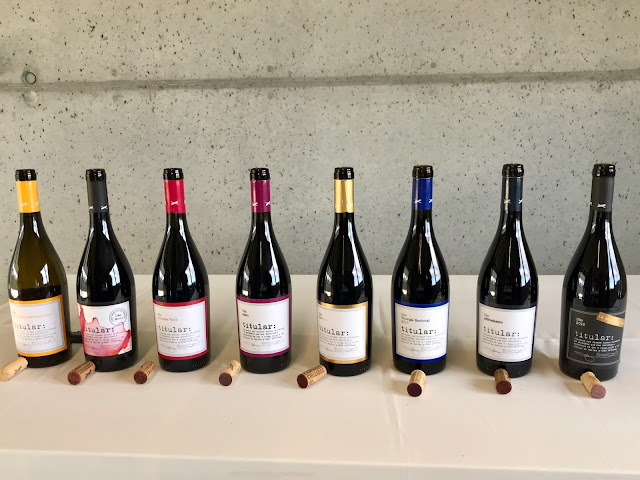